Lincolnshire County Council, who run local library services, have to make £125 million of savings. Already nearly £90 million has been achieved but a further £35 million has to be found in the next two years. The Library Service, which current has a budget in excess of £6 million is expected contribute by saving around £1.9 million on its current budget. It is proposed that a number of local libraries, including the one in Nettleham, be run by teams of volunteers.

Nettleham Parish Council met last night, and briefly addressed the proposed changes to library services within the village. Whilst it was not possible to include a full and substantive discussion on the matter, some consideration took place and representation were received from members of the public.
Nettleham Parish Council had been surprised by the county council’s plans, only hearing last Friday that changes to the library service were needed, with other residents across the county, when the plans were leaked, prior to Monday, 2nd July, when public consultation was due to begin. The leaking of these plans has caused distress to staff in the libraries, who face an uncertain future, and who found out about the changes through local media’s reports of the leak and not in line with the planned consultation timetable.
One local resident, Emily Evision, of Sudbrooke Lane, said:

“I had a moment to speak and tried to state the needs of all parts of the community, and how strongly people feel about saving our library. Councillor Jackie Brockway tried to change the [County Council’s] decision into an opportunity to get something that works better for us. Giles McNeill offered us his support, and I believe that all of the Parish Councillors were unhappy with the idea of losing the library.

“[The Parish Council] decided to bring the subject up for proper full discussion at the next meeting in July. At that point we can table questions and be a part of the discussion. They also decided to hold a special public meeting on the library closure in early September.” 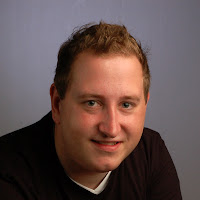 “I want to see our library remain open and if that means looking at a range of different options to do that, then we must.

“Local Council’s face a difficult time – on the one hand demand for services continues to increase, whilst on the other the money local authorities receive from central government is reducing. This is putting enormous pressure on politicians to square the circle and do as much as possible with constrained resources.

“I am really proud that local residents are taking the initiative to fight to retain a library in Nettleham.  I have offered my support to the campaign to ‘Save Nettleham Library’ and am prepared to put my money where my mouth is, so to speak, and offer a portion of my Councillor Initiative Fund monies to help any local community group look into the question of taking on running Nettleham Library.

“The information age presents great challenges to the traditional model of a library – but potentially it provides great opportunity for local people to recast a local service into more suitable provision, dynamic and reactive to local needs.”