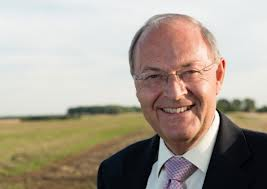 Cllr. Giles McNeill, Conservative (Nettleham Ward), has called on Police and Crime Commissioner Alan Harwick to resign following the humiliating ruling by a High Court Judge at a hearing in Manchester.

Mr. Justice Stuart-Smith said the the Commissioner’s decision was ‘irrational’ and ‘perverse’, determining that the Chief Constable’s suspension was therefore unlawful.

“It is clear that Alan Hardwick is not up to the job of being Police and Crime Commissioner. He has bungled this suspension of the Chief Constable, Neil Rhodes.

“It was clear that something was amiss when, having referred the matter to the Independent Police Complaints Commission, they decided that the matter was not sufficient for their investigation.

“The time has come for Commissioner Hardwick to do the honourable thing and resign.”