The meeting is to consider proposals by Lincolnshire Police and G4S to build a new ‘deployment base’/’custody suite’ at the Police Headquarters site on Deepdale Lane, Nettleham. 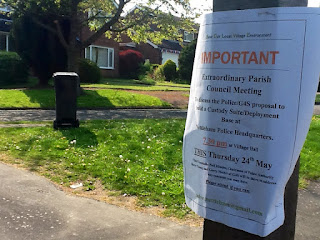 Lincolnshire Police and G4S have been allocated half an hour to make a presentation, this will be followed by a twenty minute question and answer session. Following this residents will have an opportunity to make their views known, a period of forty minutes has been allocated for this. Finally the Parish Council will consider what preliminary position they wish to take pending a formal planning application being presented to West Lindsey District Council.

The meeting is expected to be attended by a large number of local residents, with estimates suggesting a turnout of around 300. Nettleham Village Hall has a capacity of 180, so plans have been made for an overflow area outside where local residents will be able to hear the discussion taking place inside the Hall. At the Village Hall Committee meeting on Monday night plans were put in place to ensure that refreshments would be available and there would be volunteer stewards available to manage car parking. Local residents are urged to make their way to the meeting on foot, where possible, as parking will be exceedingly limited. 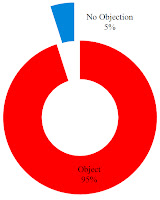 The Parish Council’s meeting follows on from a two-day exhibition of the plans held at the Old School, Mill Hill earlier in the month. The view that emerged from this consultation was that a significant number had concerns about the proposal.

Tonight will be a further opportunity for the Police to explain in detail how the concerns of local residents can be dealt with. The greatest fear local residents have is that those released will be free to enter the main body of the village. Despite reassurances by senior members of the force that released prisoners would be returned to ‘where they came from’ the legal basis for this is unclear. Many residents will want a specific reassurance on this particular matter.

Local action group S.O.L.V.E. (Save Our Local Village Environment) have presented a list of fourteen specific, detailed questions which the Parish Council will expect answers to.

Expected to be attending tonight is the Acting Chief Constable Neil Rhodes on behalf of Lincolnshire Police together with a significant portion of the local press.