This evening the Governing Body of Nettleham Infant School will meet to decide if converting to Academy Status is the right decision for the school. 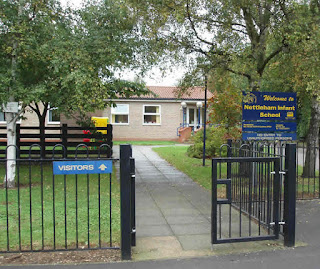 Academy status means that a school becomes free of local authority control, receiving funding from the Department for Education. An Academy is a limited company with charitables states, an independent school, underpinned by statute, publically funded and operating outside of the local authority.

As a Foundation School, Nettleham Infant School seems well placed to take advantage and benefit from conversion to Academy Status. There have been a number of objections during the consultation period, most notably from Nettleham Parish Council, these, it is understood, have been few in number and some have even been resolved upon further explanation.

The Governor’s at the School have given a clear undertaking that the terms and condidtions of employment would remain the same, that the term times would remain unchanged, and that they currently see no reason to re-brand the school’s identity.

The local authority, Lincolnshire County Council, is eager to see all schools in the county convert to Academy status and recommended conversion at the start of the academic year, last September. Cllr. Mrs.  Patricia Bradwell, Conservative (Billinghay and Metheringham Division), speaking at the time, said:

“The council has children’s interests at the heart of this. Any decision about becoming an academy rests with the governing bodies but we want to provide some clear guidance to schools who may be unsure of what to do.”

Over four hundred schools in England have become academies since September 2010 with the majority being secondary schools.

Nettleham Parish Councillor Giles McNeill, who is a Governor at the School, thinks it is important for the School to be at the forefront of changes in education. He said:

“The Governor’s felt we would reap the benefits by moving quickly on this. We made our initial decision to consult independently of the local authority, we do not envisage being part of the CfBT grouping arrangements.

“Becoming an academy will potentially give us more financial freedom to look at what we need and meet the needs of our pupils. It gives us the freedom to be in complete control of the future direction of the school so that if we, or parents or staff want changes, we can make them.”