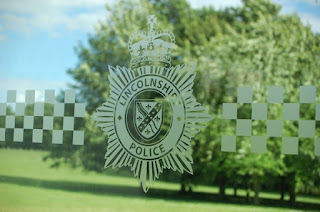 “I think that it’s vital that Lincolnshire Police consider carefully the implications of putting a custody suite in a residential and rural area, as well as taking residents’ views into account.”

People living locally have been concerned by the plans to relocate capability from the Force’s West Parade Station to a new privately run facility adjacent to Lincolnshire Police Headquarters in Nettleham.

Mr. Leigh has said that he supports the Police when it comes to innovative solutions to smaller budgets, ‘I think that most taxpayers can agree that savings in the police budget which allow more focus on front-line policing in straightened times are a good thing’. However he added that ‘schemes which cause large numbers of criminals to be released onto the streets of Nettleham are simply unacceptable. People write to me to tell me how worried they are for the safety of their homes, their children, and themselves if this plan goes ahead. It is crucial that the Police fully address these concerns before this project progresses any further.’

A number of local residents have made their opposition to the scheme clear, on the basis that released criminals will have nowhere to go. There are fears that they will commit robbery and burglary within Nettleham in order to fund alcohol or drug habits, or in order to get back into Lincoln.