The Labour Party have firmed up their control of Lincoln City Council following local elections for one third of the authority held on Thursday, 3rd May 2012. 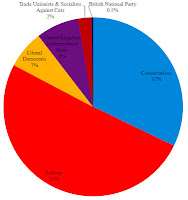 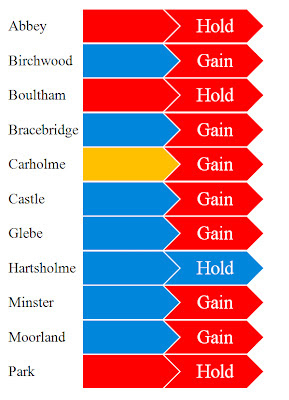 The Labour party held the seats in the Abbey, Boultham and Park wards. They also picked up seats, from the Conservatives, in the Birchwood, Brancbridge, Castle, Glebe, Minster & Moorland and, from the Liberal Democrats, in the Carholme ward.
The Conservatives managed to only defend the seat in the Hartsholme ward.
Following the contests the political balance has changed to 24 Labour, 9 Conservatives and 0 Liberal Democrat Councillors. This gives the Labour administration an increased majority of 15.
The turnout in the election slumped to a new low of 26.81%.
The most eye-catching result was undoubtedly in the Boultham Ward, which has been a staunch Labour stronghold, where Mrs. Carly Sharples (Conservative), who came second, greatly improved her Party’s poll.
The closest contest was in the Bracebridge ward where the Conservative Deputy Leader, Marc Jones lost his seat to Cllr. Bill Bilton (Labour) by only 7 votes with 712 and 719 respectively.
Judgement Day: Police & G4S Exhibition Expected to Fuel Controversy »